Understanding the Circle of Fifths and Why It's a Powerful Tool

The circle of fifths is the key that unlocks the door to understanding music theory! Take some time each day to study the relationships illustrated the the circle and you'll be playing with the greats in no time.

The circle of fifths is the concept that western music is based on; it illustrates the relationship between scales in a way that is, hopefully, easiest to understand. I compare the idea of the circle of fifths as looking at music theory from a distance; it gives you an overall view of what's going on. 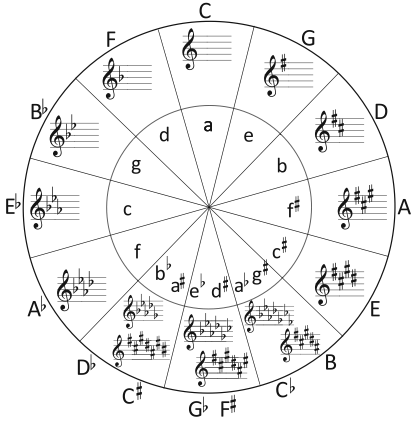 How to Read the Circle of Fifths

How the heck to you read this weird looking chart? Easy there turbo, it's not that hard. Some notes:

Making Chord Progressions From the Circle of Fifths

Do you have a question?

Need help understanding a musical concept or figuring out chords to a song?

The new Q&A section is a great place to ask questions or give answers to any music related questions. Check it out!